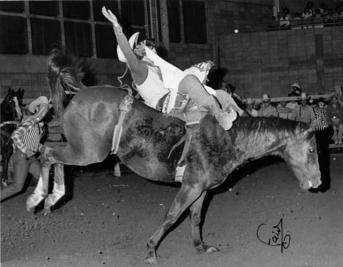 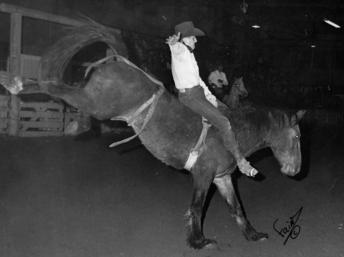 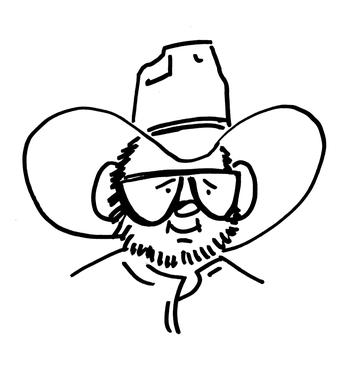 Born and raised in a small town in Utah, writer Rod Miller has lived in the West his entire life—mostly in Utah, with time spent in south central and southeastern Idaho and western Nevada.

With a degree in Broadcast Journalism, Rod worked for a few years in radio and television stations then drifted into advertising agencies where he worked for nearly four decades. His work as a copywriter, broadcast producer, and creative director earned well over 300 awards for creativity in local, regional, national, and international competition.

In the mid-90s, curiosity led him to try his hand at writing cowboy poetry, an art he had long appreciated. Soon, his poems started appearing regularly in Western magazines including American Cowboy, Western Horseman, Range, and others. Rod also filled a term as Guest Editor for Poetry for American Cowboy magazine. Several anthologies include Rod’s poetry, which ranges from cowboy poems in traditional styles to wider-ranging verse about the American West. Selected poems appear in his collections Goodnight Goes Riding and Other Poems and Things a Cowboy Sees and Other Poems, and in a limited edition chapbook, Newe Dreams. Western Writers of America awarded Rod's poetry with a Spur Award in 2012, and he has been a finalist on two other occasions. Westerners International named both his collections Poetry Book of the Year, and the Academy of Western Artistes named Things a Cowboys Sees Poetry Book of the Year.

The same curiosity resulted in attempts at short fiction, and several anthologies published his stories. Among them is the Western Writers of America Spur Award winners “The Death of Delgado” and "Lost and Found," and “A Border Dispute,” was a Finalist for the prestigious Spur Award. Many of Rod's short stories are collected in The Death of Delgado and Other Stories.

Along the way, Rod wrote—and continues to write—magazine articles, essays, and book reviews for publications including Saddlebag Dispatches, True West, Ranch & Reata, American Cowboy, Range, Western Horseman, Roundup, Cowboys & Indians​, and Utah Historical Quarterly, as well as short pieces of nonfiction for a couple of anthologies and an encyclopedia.

Curiosity again led Rod to tackle book-length works, and he has written novels and historical works about the West, including the Spur Award-winning novel, Rawhide Robinson Rides the Range, and Spur Finalist and Western Fictioneers Peacemaker Award winner, ​Rawhide Robinson Rides the Tabby Trail, as well as Peacemaker Finalist Father unto Many Sons.

Writer Rod Miller often conducts workshops, lectures, readings, and other presentations to readers and writers alike, and has been featured at events throughout the West.