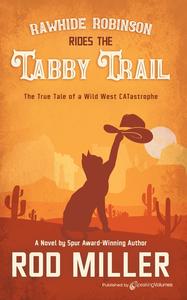 Rawhide Robinson Rides a Wormhole: The True Tale of Bravery and Daring in the Weird West

While riding herd on a ranch in the Nevada desert, a lightning strike zaps Rawhide Robinson into the middle of the twentieth century and Area 51, a top-secret experi-mental airbase. Our cowboy escapes the military police, CIA, local law enforce-ment, and Las Vegas mobsters. As always he entertains with his signature tall tales as he wonders if he will ever get out of the modern world and back to the Old West.

Rawhide Robinson has his own web site. Visit RawhideRobinson.com to learn more about him and his adventures

​​​​This Thy Brother
The families you met in Father unto Many Sons return in This Thy Brother as they face the challenges of poverty, discrimination, war, graft, rustlers, romance, and the harsh realities of building a new life in New Mexico. Together, the families work for prosperity while the departed sons turn toward a different future. Will a tenuous foothold in a new land hold firm? Can the broken families survive? Will the prodigal sons return? Seek answers to these and other questions in the pages of This Thy Brother.

All My Sins Remembered
On a lonely road in a remote desert stands a roadhouse. Formerly a home station on a now abandoned stagecoach route, it is the only source of water and supplies for miles. Accommodations are crude and coarse, the hospitality rough and raw, the proprietor boorish and vulgar. Travelers are few and far between, and almost all must stop for water—which comes at a price. A mounted mail carrier comes to believe that for some travelers the roadhouse is the end of the road.

​​​​Cold as the Clay
Rancher Jesse Longmore of the Fishhook Ranch takes in young Wilson Hayes, a homeless drifter, whose cowboy skills soon pose a threat to the old man, if only in his mind. Their relationship follows, more or less, the story of King David in the Bible—plenty of heroics, violence, treachery, greed, and romance. All, of course, in an Old West frontier setting. Cold as the Clay, now in a new edition, is available in paperback and ebook.

​​And the River Ran Red

On January 29, 1863, US Army troops attacked a Shoshoni village, killing some three hundred men, women, and children. This all-but-forgotten massacre stands today as the worst killing of Indians by the military in the history of the American West. In a fictional telling of the historic tragedy, And the River Ran Red dramatizes events leading up to the massacre, and illuminates the slaughter and its aftermath.

Jonathon “Pinebox” Collins is an itinerant, one-legged undertaker who wanders the Old West practicing The Dismal Trade. He sets up shop in cow towns, railroad towns, mining boomtowns, and growing cities. Along the way, he crosses paths with some of the frontier’s most interesting and influential characters, including several encounters with “Wild Bill” Hickok. This is the paperback and ebook edition.

​​Rawhide Robinson Rides a Dromedary: The True Tale of a Wild West Camel Caballero
This paperback and ebook edition stars Rawhide Robinson as he sails across the sea to help the United States Army acquire camels for military service in the desert Southwest. After adventures in exotic ports of call and his return to America, the ungainly camels cause nothing but upheaval. Ride along as our cowboy becomes a camel caballero.

Winner of the Western Fictioneers Peacemaker Award and Finalist for the Western Writers of America Spur Award, this hilarious novel about our cowboy hero Rawhide Robinson herding cats is now available in paperback and ebook.

Based on a historic horse-stealing adventure, follow a band of Mountain Men, Ute Indians, and young Daniel Boone Trewick as they take the Old Spanish Trail to California and, in a series of coordinated raids, steal some 3,000 horses and mules from California ranches and missions. Pursued by a posse, parched and exhausted, many horses are lost in the wilds of the Mojave Desert.

This Spur Award-winning novel is now available in paperback and ebook editions. Follow our ordinary cowboy hero up the trail and enjoy campfire tales of his extraordinary adventures.

​​Pinebox Collins
Jonathon “Pinebox” Collins is an itinerant, one-legged undertaker who wanders the Old West practicing The Dismal Trade. He sets up shop in cow towns, railroad towns, mining boomtowns, and growing cities. Along the way, he crosses paths with some of the frontier’s most interesting and influential characters, including several encounters with “Wild Bill” Hickok.

​​​​Father unto Many Sons
Is Lee Pate a man of principle or a misguided dreamer? Without notice, he uproots his family and heads west, then sends his sons back home to Tennessee on a quest that will change the family forever. Joined by a Mormon family fleeing persecution in Missouri, the Pates follow a barely explored trail to Mexico. The travelers face many difficulties, but family struggles prove the most formidable obstacle. Testing the strength of family ties, Father unto Many Sons tells a story as old as time in a new country.

​Rawhide Robinson Rides a Dromedary: The True Tale of a Wild West Camel Caballero
An unknowing and unwilling Rawhide Robinson sails across the sea to help the United States Army acquire camels for military service in the desert Southwest. On the high seas, he spins tales for the sailors, and shares many an adventure in exotic ports of call. Back in America, the ungainly camels cause nothing but upheaval, and scorn from Army and civilian packers. Will Rawhide Robinson convince the army that camels are the way to go? Find out as an ordinary cowboy becomes a camel caballero.

​The Assassination of Governor Boggs
The Assassination of Governor Boggs, published by Cedar Fort, is a cold-case investigation into the 1842 shooting of Missouri Governor Lilburn Boggs. At the time of the crime, suspicion fell on the Mormons, particularly gunman Porter Rockwell. In this novel that weaves historical events with imagination, Pinkerton agent Calvin Pogue follows the evidence from the Pacific Ocean to the banks of the Mississippi, and from the Missouri River to the shores of the Great Salt Lake. Along the way, he encounters many of the Old West’s most influential and important characters, and finally conducts a lengthy interview with Rockwell himself.
​
Gallows for a Gunman
Gallows for a Gunman tells the story of outlaw Harlow Mackelprang, sentenced to hang come morning, through the eyes of twelve people who knew the criminal in a variety of circumstances. The original Kensington Publishing/Pinnacle Books paperback is hard to come by, but a large print softcover edition from Wheeler Publishing is readily available. When released in 2005, USA Today included Gallows for a Gunman among its “How to Stay Sane on the Plane” selections. 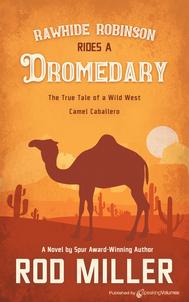 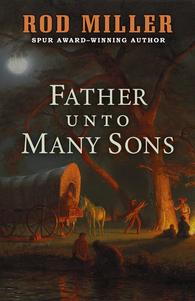 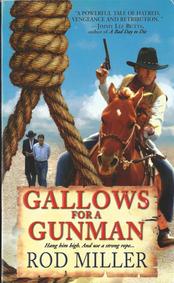 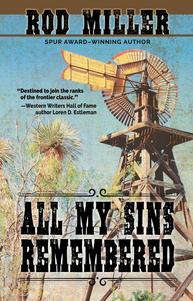 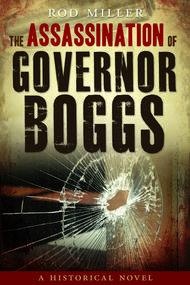 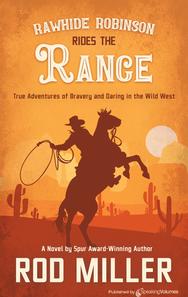 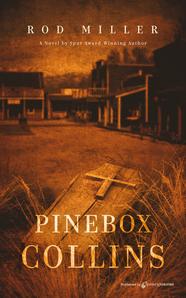 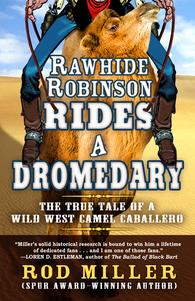 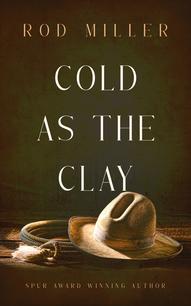 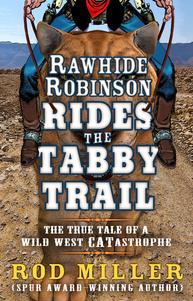 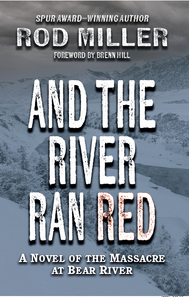 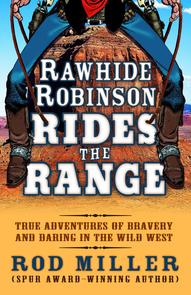 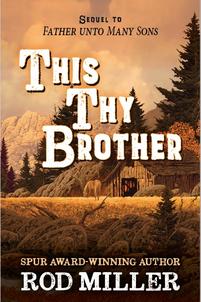 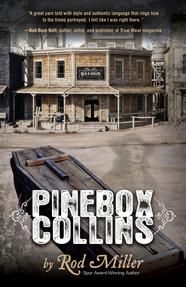 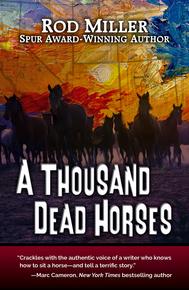 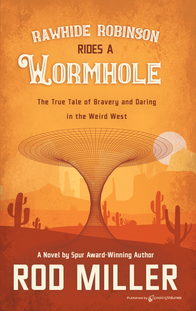