An online periodical, also available in a print version, Saddlebag Dispatches publishes short fiction, nonfiction articles, and columns about the American West. Wide-ranging in its interests, the magazine covers many topics, from profiles of noteworthy Westerners to author interviews to travel destinations to Western-themed events, and more.

Founded by the late legendary Western author Dusty Richards (that’s him on the cover displayed here), Saddlebag Dispatches has featured writer Rod Miler’s short fiction and poetry, and he writes a regular column, “The Best of the West.”

This slick, upscale magazine for Western enthusiasts includes articles on a wide variety of subjects of interest. Writer Rod Miller contributed a sidebar to an article about rodeo legend Ty Murray. Miller's story covered the creation the PBR (Professional Bull Riders) Ty Murray Top Hand Award, honoring rodeo cowboys who were not bull riders but made significant contributions to the sport.

​American Cowboy
American Cowboy ceased publication in 2017. Over the years writer Rod Miller wrote many articles, including one of the magazine’s all-time most popular features, “The Legends: The Ten Greatest Cowboy Figures of All Time.” In the course of his reporting, Miller interviewed several prominent Westerners, from governors to rodeo champions, sculptors to writers, broadcasters to recording artists. Some of his stories were featured in special and collector’s editions of the magazine.

Roundup Magazine
Roundup magazine, official publication of Western Writers of America, has published a number of feature articles, reports, essays, and book reviews by writer Rod Miller. For several years he was a contributing editor for the magazine.

Ranch & Reata
Ranch & Reata covers all aspects of life in the West. Writer Rod Miller is among the contributing writers, appearing regularly in the slick publication. His stories feature many interesting and accomplished Western people who preserve the traditions and arts that define our country.

Sadly. after a run of six years, Ranch & Reata ceased publication in 2016.

Western Horseman
Around the time John Muir was inducted into the National Cowboy and Western Heritage Museum’s Hall of Fame in 2006, Western Horseman published “Backcountry Explorer,” a historical feature on John Muir’s relationship with horses.

​New Plains Review
New Plains Review, a publication of the University of Central Oklahoma, uses an essay by writer Rod Miller as the Foreword to a special section of cowboy and Western poetry, and also includes a couple of his poems.

In addition to bylines in American Cowboy and Western Horseman magazines, writer Rod Miller has been the subject of features in those publications. American Cowboy published a multi-page feature “Poetically Inclined” in the February-March 2008 issue, and editor A. J. Mangum of Western Horseman wrote about “Rod Miller, Cowboy Poet” in his column in the March 2004 issue. 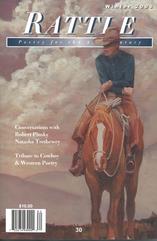 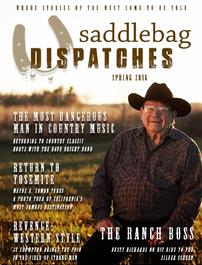 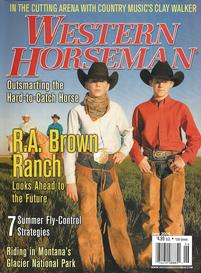 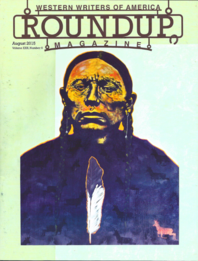 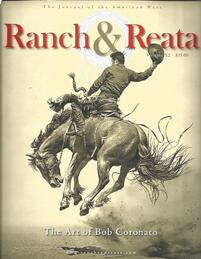 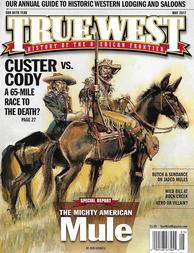 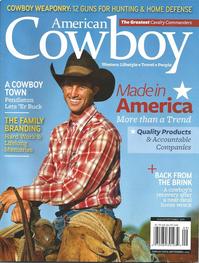 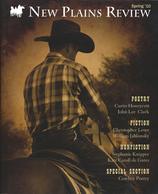 Writer Rod Miller made this photo at a ranch branding while in pursuit of a magazine story. 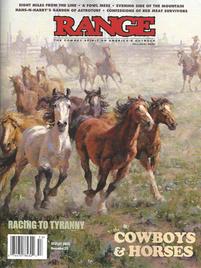 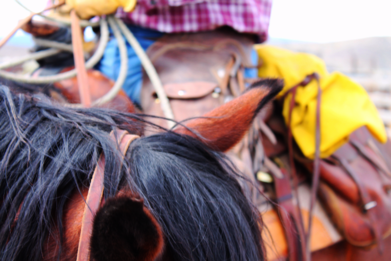 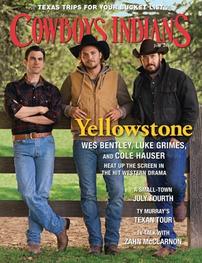 Writer Rod Miller has contributed articles about Shoshoni chief Sagwitch and the Massacre at Bear River, and on gunman Porter Rockwell's killing of outlaw Lot Huntington and events surrounding the gunfight. He has also contributed a "Build Your Western Library" feature and book reviews to the pages of True West magazine. His novel The Assassination of Governor Boggs was featured in the popular publication, and The Death of Delgado and Other Stories was reviewed.